Rebuild, Rehabilitate, and Restart Your Nonprofit: How to Handle Mistakes, Scandal, Bad Press, and Other Misfortunes 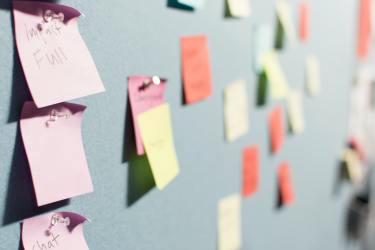 Rebuild, Rehabilitate, and Restart Your Nonprofit: How to Handle Mistakes, Scandal, Bad Press, and Other Misfortunes

What can nonprofits do after mistakes are made, scandals occur, or wrongdoing takes place?

Shoppers and consumers can become very passionate about their favorite brands, products, and services, but these bonds are usually not as strong or passionate as the bonds between compassionate-service nonprofit organizations and the people who support them, mainly because there is more trust involved.

Unfortunately, no person or organization is perfect, and nonprofit organizations committed to good causes are not exempt from mistakes and wrongdoing.

So, what happens when a nonprofit organization loses that special bond of trust granted to it by its supporters? What can nonprofits do after mistakes are made, scandals occur, or wrongdoing takes place? They must rebuild, rehabilitate, and restart.

Rebuilding involves changing the way the organization is structured. Think of a damaged nonprofit organization as a building that has suffered from fire or flood damage. Structural elements like walls, supports, and roofs must be replaced.

In a blog article by Board Effect, a company that produces software tools for nonprofit and educational boards of directors, personnel dismissals and replacements are often in order. This may include just one person or a limited number of personnel, or it may have to involve all of those found guilty or misconduct.

For example, after allegations of extravagant and wasteful spending rocked the Wounded Warrior Project in 2016, the CEO was immediately replaced, and the new CEO (along with a third-party team of advisors) was tasked with investigating the allegations. This externalized the problem and allowed the Wounded Warrior Project to rebuild the organization and re-affirm its trust with clientele and supporters.

Rebuilding may also include eliminating certain positions entirely, establishing new positions (such as compliance officers or watchdog positions), and changing the way the organization reports to its governing board.

In an article by Nonprofit MarCommunity, a nonprofit marketing communications and networking community, rehabilitating a nonprofit organization that has suffered a scandal or similar setback requires a very deliberate and swift approach, which they describe in the five following steps:

MarCommunity states that once the worst of the crisis has passed (for example, once the negative media attention has subsided), nonprofits must take part in rebuilding their public image. This may take the form of outreach programs, press releases, and modifications to an organization’s online presence to present a positive “moving forward” narrative that is sincere and transparent.

According to The Conversation, a news source for academia, one way to help restart an organization's narrative is to rely on high-profile spokespersons. For instance, after Save the Children began its recovery from its 2018 sexual abuse scandal, the organization enlisted PR support from Oprah Winfrey and Disney CEO Bob Iger. Not all nonprofit organizations can attract that kind of star power, but high-profile spokespersons can include ardent supporters, civic leaders, and well-known members of the local nonprofit or grassroots community.