What are the Differences between Latino, Hispanic, and Other Similar Terms? 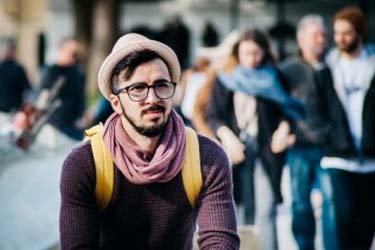 What are the Differences between Latino, Hispanic, and Other Similar Terms?

Using the proper terms to refer to groups and individuals is an important way to show respect and cultural sensitivity.

Racial and ethnic identities are much like our names. One way to be polite, respectful, and empathetic is to remember the names of those you meet, and also know how to properly pronounce and even spell the names. Using the proper terms to refer to groups and individuals is an important way to show respect and cultural sensitivity.

In this article, we’ll examine the terms that apply to individuals who speak Spanish as their first language, those who live in countries where Spanish is an official language, and those whose ancestry originates in those Spanish-speaking countries.

A Brief History of the Spanish Language

The Spanish language evolved from a dialect of Latin known as “vulgar Latin.” (In this case, the word “vulgar” meant “informal,” not “distasteful.”) In the 3rd century BC, vulgar Latin was spread to the Iberian Peninsula during the Roman occupation of that area. The Iberian Peninsula was referred to as “Hispania,” a word derived from the Phoenician root “span,” connoting a far or distant land, perhaps because of its remoteness from Rome’s major population centers.

Germinating with such diverse tongues as Celtic, Germanic, and Arabic, vulgar Latin began to develop in geographic isolation in Hispania in the 5th century AD and eventually became what is known as “Castellano” or “Castilian Spanish.”

Today, approximately 1,500 years later, the Spanish language is spoken throughout the world. In 2019, Spanish was ranked second in the world in terms of number of native (first-language) speakers, with approximately 480 million people, which equates to just under 6 percent of the world’s population. Only Mandarin Chinese was reported to have more native speakers (918 million, or 12 percent). Spanish is also the fourth most-spoken language in the world overall, and it is the most-spoken Romance language worldwide.

The two primary terms, “Hispanic” and “Latino,” are often used interchangeably in the United States. In fact, the U.S. Office of Management and Budget, which sets forth standards for the U.S. Census Bureau, furnishes only one definition of “Hispanic or Latino,” which is “a person of Cuban, Mexican, Puerto Rican, South or Central American, or other Spanish culture or origin regardless of race.”

While this very broad definition may overlap nearly everyone who identifies as either Hispanic or Latino, the two words mean different things. It’s important to note that the word “Latino” is a male-gendered Spanish word, and the corresponding female-gendered word is “Latina.” In the mid-2000s, usage of the word “Latinx” began to catch on as a way to be all-inclusive with respect to gender.

To complicate the discussion, nationality is considered by many to be an important component of ethnicity, race, and individual identity, but sensitivity is always called for when discussing nationality. As a very simple example, not everyone who speaks Spanish is from Spain. Also, the terms Hispanic and Latino are not intended to be used to describe race, because individuals of those ethnicities can be of many races, including Asian, Black, and White.

HispanicThe word Hispanic is commonly used to refer to people who speak Spanish or who belong to or are descended from Spanish-speaking populations. According to the Hispanic Network (a news and employment publication), the term came into being in the United States in the late-1960s and first appeared in U.S. Census Bureau polling in 1980. Interestingly, even though the U.S. Census Bureau used the term Hispanic as an ethnic identity (not a race), many people insist that Hispanic is their race. Conversely, while Hispanic is a widely used word with very broad connotations, not all individuals (those of Latin American descent, for example) identify as Hispanic.

LatinoThe word Hispanic refers to the Spanish language. The word Latino, on the other hand, does not refer to language. Instead, it refers to Latin America (and by extension, the Caribbean). The word Latino first appeared in U.S. Census Bureau polling in the year 2000. And like the word Hispanic, the word Latino does not technically refer to race, but many people still use the term to describe their race. This is also where some overlap and exclusivity may arise. For example, an individual from Mexico may identify as Latino (from a Latin American country) and may also identify as Hispanic (a Spanish speaker). Someone from Brazil, on the other hand, may identify as Latino but probably would not identify as Hispanic, because Portuguese is Brazil’s official language.

Many data-collection organizations (including the U.S. Census) ask only if respondents are of Latino or Hispanic origin or not, and then permit the respondents to self-select a racial identity (or more than one).

Given the complexities, ambiguities, and evolution of the terms used by those of Hispanic or Latino origins, the best approach within interpersonal interactions is to politely ask how a given individual identifies themselves. Such discussions, always initiated with respect, can result in greater understanding, empathy, and a sense of community.