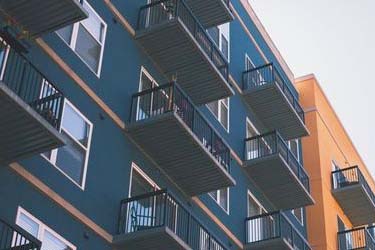 The causes and driving forces of the crisis

Whether you own a home, need a home, or are trying to sell your home, and even if you rent and are not interested in getting into real estate at all, you know that there is a nationwide housing affordability crisis.

What areas of the United States are most affected by the affordable housing crisis?

According to MyHome, the blog sponsored by FreddieMac, the states with the lowest supply of available housing are (ranked from lowest):

When will the housing affordability crisis subside?

Throughout history, the economy and industrial base of the United States have repeatedly proven themselves capable of pivoting deftly and responding to acute market needs. The super-fast industrial ramp-up in the United States before World War I is a dramatic example. How quickly can home builders, building supply manufacturers, and others react to the current crisis, and how quickly will the crisis be over?

In January 2022, the Wall Street Journal asked Lawrence Yun, chief economist at the National Association of Realtors, to make some predictions. He said the market will likely normalize, but the process will be gradual.

“All markets are seeing strong conditions, and home sales are the best they have been in 15 years,” Yun said. “The housing sector’s success will continue, but I don’t expect [2022’s] performance to exceed [2021’s].”

Yun went on to say that sales may decline in 2022 but will probably exceed pre-pandemic numbers. He added that housing inventory will slowly become available, not only due to increased building, but from struggling mortgage holders who will be forced to sell their homes. Housing prices will likely continue to rise, said Yun, but at a slower pace.

Danielle Hale, chief economist at Realtor.com, was asked about 2022 by Forbes. Here is what he said: “Home sales are expected to increase another 6.6% and home prices to rise another 2.9% on top of 2021 highs. A gradual uptick in mortgage rates will make affordability a top consideration for home buyers, especially the 45 million Millennials aged 26 to 35 who are at prime first-time homebuyer age. Demand from these young households will keep the market competitive and fast-paced despite a small uptick in housing inventory as builders continue to ramp up production, increasing single-family starts by 5% in 2022.”

In the same report, Bob Pinnegar, president and CEO of the National Apartment Association, said, “Housing affordability will remain a key issue as the nation’s rental housing market tries to stabilize from lingering pandemic and housing stock issues. Supply chain delays and continued inflation will also impact every facet of the industry, from property managers to renters to owners.”

One thing is clear: the U.S. affordable housing crisis is very deep, endemic, and is likely to stick around for at least a few years. It’s also probable that this economic crisis may lead to yet another series of ripples that will affect the U.S. economy in unexpected ways for years and perhaps decades to come. Overall, experts are expecting more of the same in 2022 and 2023, with some gradual improvements. Clearly, a lot is riding on the 2022 building season to see how many housing units can be thrown into the gap.

This article will conclude in the third part, in which we’ll examine and discuss who the affordable housing crisis is affecting the most.