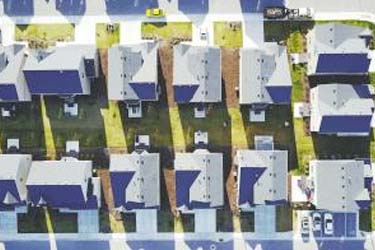 Whether you own a home, need a home, or are trying to sell a home, you probably know that there is a nationwide housing affordability crisis.

In the first and second parts of this three-part article, we discussed the beginnings of the crisis and its causes and driving forces. To conclude the series, we’ll turn our attention to the impacts of the crisis and take a look at who is affected most.

Who is most affected by the affordable housing crisis?

If you’re assuming that people with lower incomes are disproportionately affected by the higher prices and housing shortages of the crisis, you’re right. Those with low incomes will always be more acutely affected by rising costs of necessities like housing, food, and fuel. Not surprisingly, it is those with what is considered “extremely low” incomes for whom the impacts are most severe. Extremely low income is defined as income that is at or less than the poverty level, or less than 30% of the area’s median income.

According to a report by Greater Greater Washington, a nonprofit organization advocating for quality-life-improvement in Washington, DC, extremely low-income renters make up about 25% (11.2 million) of total U.S. renter households (43.8 million) and almost 10% of total U.S. households. The gap between renters who are seeking housing and the rental units available is about 3.7 million units. This would be a challenging statistic for renters nationwide to overcome under the best of circumstances, but for those with extremely low incomes, the situation is much worse because they can afford only the most inexpensive rental units.

The major impact to those affected by the housing crisis is, of course, housing instability (e.g., uncertainty about housing, frequent relocation, living in areas that are unsafe, and lodging with friends or family). In an article published by People’s Policy Project, a think tank that deals with housing and other quality-of-life issues, households that are cost-burdened by housing shortages and inflated prices are at risk for a variety of health problems, including increased need for medical care, higher body-mass index, lower reported health condition, and high blood pressure. Those with housing instability also suffer disproportionately from adverse mental health effects. According to the educator news source K-12Dive, another effect of housing instability is school absenteeism, which can have long-lasting effects on a population.

Are others affected by the housing crisis?

Although people with extremely low incomes and households that are rent-cost burdened (those who spend more than 30% of their income on rent) are disproportionately affected by the affordable housing crisis, a report by National Public Radio examines the way that everyone is suffering from the crisis. Here is their reasoning in the form of three reasons: