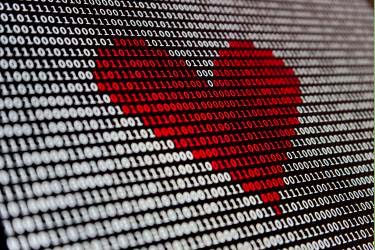 Is it possible to use data to engender emotion and passion?

By now everyone realizes that we need data at times to make our points. This is particularly true for organizations and businesses that must demonstrate quantitative success, attract investors, solve problems, or report to a governing group such as a board of directors. In some cases, utilizing data is a simple matter of displaying a PowerPoint presentation, with zigzagging growth plots, bar graphs representing performance, or pie charts to characterize expenses.

However, sometimes squiggly lines on a graph, bars on a chart, or dislocated pie pieces might not be enough. What then? For the past few years, data experts have been showing that data can tell increasingly rich and complex stories, some of which might even be thought of as art. Heat maps, story maps, scatter plots, animated graphics–all can be used artistically, not just to display your data, but to use the data as a storytelling tool.

Is it possible to use data to engender emotion and passion? Can data be used to move an audience? According to the data nerds, the answer is yes.

In this first part of a two-part article, we’ll look at three examples of compelling storytelling using highly visual and informative graphical representations of data. It’s true that not every data story is intended to illustrate astronomical financial gains or solve the world’s most pressing societal issues. Some are designed just to inform and entertain. However, exploring these examples may give you new ideas about how to use your organization’s data to tell your story.

Why do cats and dogs…?

Surely one of the most fun examples of recent data storytelling, this highly innovative website claims to be a “A visual exploration by cat & dog lover Nadieh Bremer in collaboration with Google Trends.” Replete with eye-catching and interactive graphics, cute animations, and fascinating facts, the website is much more complex than it might seem. While certainly meant to be light-hearted, the website harnesses the incredible power of Google Trends, a feature within Google that captures how frequently given search terms are entered into Google’s search engine relative to the site’s total search volume, tracked over time. The result in this case is an amazing array of interactive graphics which tell the quirky and sometimes surprising story of what people on the Internet are wondering about their pets. For example, lots of people are curious about why cats hate water, of course, but quite a few people apparently also want to know if and why cats are fearful of cucumbers. The site comes complete with links to the answers to those questions.

Much more serious and somber in subject matter is the webpage U.S. Gun Killings, created by Periscope, which links gun violence data to dramatically animated graphics to tell the story of “stolen years”–that is, the number of years victims might have lived had their lives not been taken by gun violence. For example, if a person was killed by gun homicide in 2013 at age 20 in the United States, but (statistically speaking) might have lived to age 80, that person’s death is said to result in 60 stolen years. When all U.S. gun deaths are shown in the 2013 graphic, the result is more than 500,000 stolen years. Anyone would find this a grave statistic, but the webpage’s uniquely designed animated graph shows each life beginning and then ending, accumulating over time throughout 2013, which does a better job of painting a dramatic statistical story, rather than just displaying a number. Website visitors can also manipulate the webpage’s data to regenerate the graphic according to numerous variables, including victim age, location, race, gender, and aspects of the violence like familial relations, which can likewise vividly depict various stories of gun violence in America.

Brexit by Numbers, a creation of Sky News, tells the complicated but interesting story of the United Kingdom since that country’s voluntary exit from the European Union (a political move that eventually became known as “Brexit”). Using a series of astoundingly detailed and meticulous interactive graphics, Brexit by Numbers guides the viewer through an ongoing timeline that shows the impact of this monumental change in the organization of European nations. The graphical story shows the political maneuvering behind Brexit, individual players, and resulting trends in employment, immigration, the interdependency of Europe’s various economies, and much, much more.