Five Excellent Films that Will Inspire Your Nonprofit Work 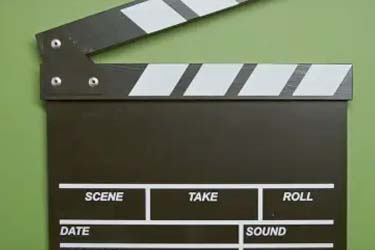 Five Excellent Films that Will Inspire Your Nonprofit Work

Grab a bucket of popcorn and get your compassionate-service vibe on with this list of inspiring movies about nonprofit work.

Directed by Destin Daniel Cretton (“Shang-Chi and the Legend of the Ten Rings,” “Glass Castle”), “Just Mercy” follows the work of Bryan Stevenson, a defense attorney who sought to defend disadvantaged death row prisoners in the American South during the late 1980s. Stevenson went on to establish the Equal Justice Initiative, a nonprofit legal center headquartered in Montgomery, Alabama. The film stars Michael B. Jordan as Bryan Stevenson and Jamie Foxx as death row inmate Walter McMillian. Rob Morgan, Tim Blake Nelson, Rafe Spall, and Brie Larson appear in supporting roles. “Just Mercy” received favorable reviews and has an 85 percent approval rating on Rotten Tomatoes. You can stream it on Amazon Prime or Netflix.

“The White Helmets” is a 2016 documentary film by British film director Orlando von Einsiedel. It centers around the conflict in Syria and specifically Aleppo, and the work of a group of volunteer rescue workers from the Syrian Civil Defence, who are known as the White Helmets. While it clocks in at just 40 minutes, it is intense, affecting, and includes harrowing video from the conflict-ridden region. “The White Helmets” was the winner in the category of Best Documentary (Short Subject) at the 89th Academy Awards. You can watch it on YouTube and Netflix.

Written and directed by Jerry Rothwell (“Deep Water”), “How to Change the World” follows an eco-warrior Robert Hunter and his eclectic band of eccentrics, who triggered the modern environmental movement and founded the international group which would eventually become Greenpeace. The film is narrated by Jodie Foster, features interviews with Greenpeace’s founding members, and includes dramatic but rarely seen footage from the movement’s early days. “How to Change the World” received high praise; it premiered at the Sundance Film Festival in 2015 and won the World Cinema Documentary Special Jury Award for Editing. You can rent or purchase on Amazon.

From co-directors Fisher Stevens (“The Cove”) and Robert Nixon (“Gorillas in the Mist”), “Mission Blue” centers on the extraordinary life and career of Dr. Sylvia Earle, the world’s foremost marine scientist, oceanographer, ocean pioneer, and a founder of the global nonprofit environmental advocacy group, the Sea Elders. “Mission Blue” features stunning undersea footage from around the world, archival film and photos from Earle’s life, and characterizations of our imperiled seas by Dr. Earle. The film has a Rotten Tomatoes audience-approval rating of 85 percent and is available to stream on Netflix.

This riveting documentary follows American activism during the early years of the AIDS epidemic, specifically the efforts of the activist group ACT UP and the AIDS advocacy nonprofit group Treatment Action Group (TAG). “How to Survive a Plague” is the debut documentary of director David France, a journalist who covered the AIDS epidemic from its advent. France is said to have drawn upon more than 700 hours of video and film footage to make the film, which shows the news coverage, demonstrations, protests, press conferences, and activist meetings of the era. The film received very positive reviews and has a 98 percent approval rating on Rotten Tomatoes. You can rent or purchase it on Amazon, AppleTV, and Google Play.