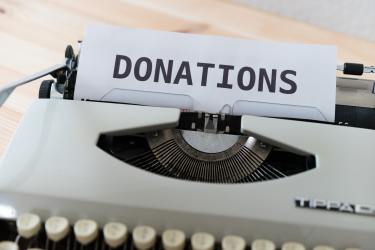 Five of the biggest nonprofit scandals in recent history

On March 22, the New York Times ran a short feature beneath the headline, “Are You Familiar With Wrongdoing Among Nonprofit Groups?”

The article explained that investigative reporter David A. Fahrenthold, who covers nonprofits for the Times, was looking for leads, tips, or scoops about “what to dig into next.”

“Are you familiar with an example of mismanagement, deception, self-enrichment or fraud at a nonprofit?” the article reads. “Have you witnessed poor oversight that allowed nonprofits to stray from their mission—or even break the law?” The online version of the story included input fields to collect tipster info.

“Deception” and “fraud” are probably not the first words that enter your mind when you think of nonprofit organizations, especially if you work for or are involved with one. And certainly, the overwhelming majority of nonprofits are operated in ways that are completely beyond reproach. From homeless shelters to puppy rescue missions to experimental performing-arts groups, most of America’s nonprofit organizations hum along without the slightest hint of wrongdoing.

However, nonprofits are not immune from corruption, mismanagement, and even misunderstandings. In fact, the nature of nonprofits can make them vulnerable to such problems. Here are five of the biggest nonprofit scandals in recent history.

American Red Cross in HaitiAfter an earthquake devastated the island nation of Haiti in 2010, the American Red Cross outdid other aid organizations by raising almost half a billion dollars for relief and rebuilding. However, several years later, the apparent lack of rebuilding progress attracted accusations and investigative journalism. A 2015 report from NPR and ProPublica alleged that “[American Red Cross] has broken promises, squandered donations, and made dubious claims of success.” The Red Cross defended itself, claiming that the NPR and ProPublica reporting lacked “balance, context and accuracy,” but Jean-Max Bellerive, who was prime minister in Haiti until 2011, had this to say: “Five hundred million in Haiti is a lot of money. I’m not a big mathematician, but I can make some additions. It doesn’t add up for me.”

Operation Underground RailroadFounded in Utah in 2013, Operation Underground Railroad (OUR) claimed to be a foremost fighter in the war against human sex trafficking. This is how OUR characterizes itself: “We work with law enforcement to free victims of human trafficking and exploitation. Then we work to break the cycle.” OUR claims to rely on direct action to rescue people (usually women and girls) from sex trafficking in underprivileged countries in Africa, Central America, South America, and Asia. OUR’s exhilarating, almost-cinematic stories of para-military rescue operations made the organization a media darling early on, especially among political conservatives. However, OUR has since come under considerable scrutiny by law enforcement and investigative journalists, and many of OUR claims have been shown to be exaggerated and falsified. OUR firmly denies any wrongdoing, but reporting by Vice.com claims that OUR actually creates demand for trafficking victims by setting up sting operations with corrupt law-enforcement agencies in developing countries.

Boy Scouts of AmericaPerhaps the largest youth group in the world, Boy Scouts of America (BSA) was founded in 1910 and at one time had more than 5 million participating members. However, accusations of sexual abuse of minors have plagued the organization since the 1990s. Tens of thousands of cases and claims of abuse have been made. Multi-million-dollar settlements and court-ordered payments to sexual-abuse plaintiffs have left BSA (now re-named “Scouts BSA”) on shaky financial legs. In February 2020, after an institutional split with the Church of Jesus Christ of Latter-day Saints, Scouts BSA filed for Chapter 11 Bankruptcy and now claims to be undergoing an organizational restructuring.

Planned ParenthoodPlanned Parenthood is a descendant of the first birth-control clinic in the United States, which was established in 1916 by Margaret Sanger, Ethel Byrne, and Fania Mindell in Brooklyn, New York. Sanger and her associates dispensed birth control advice and products, and were all arrested, jailed, and tried for distributing obscene materials to the public under the Comstock Act. The organization that eventually became Planned Parenthood has since been a lightning rod for controversy, and in 2015 was accused of selling the tissue of aborted fetuses for profit. The accusations were leveled by the Center for Medical Progress, an anti-abortion group, that had secretly filmed meetings with Planned Parenthood officials discussing fetal tissue donations. This sparked nationwide outrage and legislative efforts to stop federal funding of Planned Parenthood. Planned Parenthood defended itself, claiming neither Planned Parenthood nor its patients benefited financially from fetal tissue donation.

Wounded Warrior ProjectThe Wounded Warrior Project was founded in 2003 in Roanoke, Virginia, with a mission to serve members of the U.S. armed services who have been injured and traumatized in military action after September 11, 2001. In February 2016, after a journalistic investigation by CBS News, the organization’s leadership was accused of spending large amounts of its funding on parties, hobbies, and other excesses. Examples included luxury airline travel, expensive hotels, and four-figure bar tabs. A single four-day conference in Colorado was said to cost $3 million. Members of the organization’s leadership have denied any excessive, extravagant, or inappropriate spending (including the Colorado excursion), essentially making the claim that its expenditures are warranted and necessary to attract funding from donors and to train and unify its staff.