What is the Status of Unaccompanied Migrant Minors at the U.S.-Mexico Border? 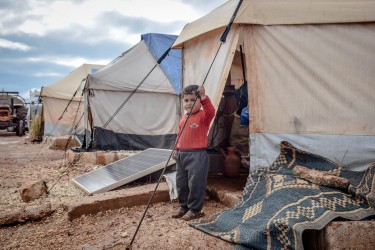 What is the Status of Unaccompanied Migrant Minors at the U.S.-Mexico Border?

A recent ruling by the Centers for Disease Control may trigger changes in the way the United States handles unaccompanied minors at the U.S.-Mexico border.

The recent maelstrom of current events has most of us focusing on two issues: the conflict in Ukraine and the apparent easing of the COVID-19 pandemic. Before that, it was the turmoil surrounding the 2021 transfer of U.S. presidential power, along with the increasing seriousness of the pandemic. A little while before that, the pandemic itself was center stage.

However, before that, our collective consciousness was deeply concerned with an issue that has found its way out of the public eye: the status of unaccompanied migrant minors at the southern border of the United States.

So, what’s happening at the border now?

Surprisingly, the matter is directly adjacent to the COVID-19 pandemic. That’s because a recent ruling by the Centers for Disease Control (along with a looming court case in Texas) may trigger changes in the way the United States handles unaccompanied minors at the U.S.-Mexico border.

But before all of that can be properly explained, a quick refresher about this issue might be in order.

The crisis first came to light in 2019 when it was reported that U.S. Customs and Border Protection (a law-enforcement agency of the U.S. Department of Homeland Security) was detaining an unprecedented and astonishing 69,000 unaccompanied minors at its southern border. The definition of “unaccompanied minor” was established as a person under the age of 18 who is not with a parent, meaning minors who were accompanied by other relatives were still considered unaccompanied and were routinely detained.

The minor detainees were widely reported to have been kept in squalid, cage-like quarters and frequently neglected and mistreated. There were even reports of assault and abuse. At the very best, the detainees were being packed into a grim and overcrowded geopolitical limbo, with no clear way to be set free. Many of then-U.S. President Donald Trump critics claimed that he was to blame for the crisis because of his agenda to reduce immigration to the United States.

In March 2020, at the beginning of the COVID-19 pandemic, then-U.S. President Donald Trump invoked Title 42, a seldom-used provision of the United States Code dating back to 1944, which allows the expulsion of migrants to prevent the spread of communicable diseases. Trump’s critics again accused him of using the pandemic in general and Title 42 specifically to make good on his anti-immigration campaign promises and political agenda. The issue was incredibly controversial and divisive.

After the inauguration of U.S. President Joe Biden in January 2021, the number of unaccompanied minors held by U.S. Customs and Border Protection began to drop, and between March and April 2021, the number plummeted by 88 percent. While U.S. Customs and Border Protection is presently detaining only about 500-600 unaccompanied minors at the U.S.-Mexico border, many were surprised and even appalled when policies derived from Title 42 were left in place by the Biden administration. The use of Title 42 has resulted in the expulsion of about 1.7 million migrants since it was invoked, most of them during Joe Biden’s presidential term.

Some have accused Biden of embracing Title 42 in the same way Trump did, as a political, anti-immigration maneuver, but President Biden has been using Title 42 somewhat differently than Trump did–Biden has used Title 42 mostly to expel single individuals and has exempted unaccompanied minors. The Biden administration has instead been transferring unaccompanied minors to shelters overseen by the U.S. Department of Health and Human Services, which was mandated by an anti-trafficking law passed back in 2008. More than 100,000 minors have been handled this way since President Biden took office.

This brings us up to the present, where the political and legal landscape may change again. In early March 2022, a Texas circuit judge barred the Biden administration’s policy of exempting unaccompanied minors from Title 42 expulsions.

To complicate matters, the CDC has terminated the use of Title 42 as it relates to unaccompanied migrant children seeking asylum at the United States’ southern border. “In the current termination,” reads the statement, “CDC addresses the court’s concerns and has determined, after considering current public health conditions and recent developments, that expulsion of unaccompanied non-citizen children is not warranted to protect the public health.”

The Biden administration’s policies regarding immigration, unaccompanied minors, and the use of Title 42 are still currently in place, but pressure is mounting. President Biden’s critics and opponents are demanding that he keep Title 42 in place (and not exempt anyone from expulsion). His allies are urging him to end Title 42 and other Trump-era policies that limit immigration.